Time has always fascinated me. It has been the subject of a number of my poems as well as some of my columns in the past. One aspect of it that interests me greatly is the variation in how fast or how slowly it can seem to pass. For instance, if I were to be holding my breath, a minute can seem quite a long time, yet if I were to be reading an interesting book, many minutes can pass very quickly and without making any impression on me at all.

I received my first watch for my eighth birthday. I was thrilled. So thrilled that I forgot to take my new watch off that evening and climbed into the bathtub still wearing it. It was an inexpensive one and not waterproof. I was devastated. My parents were always accusing me of being careless and here again was proof. It was several years before I was given another watch. This time I was a good deal more careful with it.

Once watches were a utilitarian tool people wore–on the wrist, on the belt, on a chain, or around the neck. Most adults had two, a plain one for every day and a fancy one for special occasions. In those days they were fairly expensive. While today, there are expensive watches, they are worn more often as a status symbol. For most of us, as a result of electronic devices, watches have gone from a necessity to an ornament.

Time seems elastic. When I am driving to a destination at some distance, it seems to take longer to get there than it does to come back. How strange! The distance is the same; absent traffic jams or other problems why should one way seem longer than another? One possible answer is that I am retracing my steps on the way home thus there is no question about how to get there. Still this time disparity seems to be true whether or not I have been somewhere many times.

The way time passes seems to be primarily subjective. Objective time is when I set the timer to remove the tea basket from the teapot, or to take something from the oven because it is done. Here there is no question of subjective time because it is ticking away on the timer and I am simply relying on that to tell me what to do next. I don’t even think about how long or how short that time will take. Yet if I am pursuing a deadline, time may be of the essence and so pass subjectively.

Although there were hourglasses or candles for short term measurement, for centuries people told time by the sun. Until the 19th century there were no standard time zones. They were set up in 1883 to make it possible to catch a train on time. There are those who say there is no such thing as time. That it is a purely human invention. This may or may not be true. Mystics have said that all time exists at once and we merely move through it. There seems to be no way to prove this. However in the future as it has in the past, the subject of time will no doubt continue to intrigue scientists and philosophers as well as me.                                    Tasha Halpert 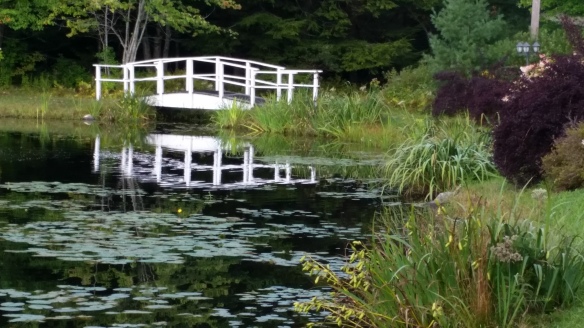