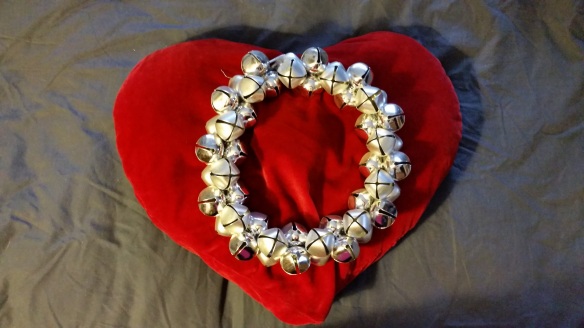 Stephen sounded excited. “Our friend has messaged me that he got a grant for $300,000. He’s sending me the link.” I’d read about this sort of thing and was immediately suspicious. “Tell me more,” I replied. It seemed someone he knew had sent Stephen a message from Facebook telling him he could have this money, no problem. All he had to do was apply for it as a grant and it would be his. Our friend went on to say, “I have already receive (sic) my money.” I immediately noticed the incorrect grammar and pointed it out to Stephen. “Oh, probably just a slip of the pen,” he said. “I do that kind of thing all the time.” However I was still suspicious.

We agreed that I would check out the link on Facebook that Stephen had been given and immediately did. When I clicked on it what came up was a woman with a pleasant face together with a picture of an audience in an auditorium with a sign on the stage about grants. It looked very authentic and businesslike. The woman told me that all I had to do was answer a few questions and the money would be mine.

To make a long story short I strung her along with false answers to her questions which all required divulging personal information. This made me more suspicious than ever. I was eventually told that if I sent “just a little money,” as it turned out the amount depended on how much I would like for my “grant” that then I’d be all set. The amounts ranged from $50,000 to $300,000 and the money to be sent came to about 10% of the total to be received.

When I pleaded poverty she asked me how much I could come up with. When I said “nothing” she offered to get me a loan. At that point I deleted the messages, defriended and blocked the site, and reported it. Not to our surprise we soon found out that our friend’s site had been hacked. We were fortunate Stephen believed my suspicions. In my experience you do not get money for nothing. However had I been eager to receive a good sum of money just for signing up for it, I might have been fooled and divulged precious information to a crooked source.

I am fortunate in that I feel I have sufficient money, at least for my needs if not for my wants. This makes me less likely to fall into the trap this experience presented. If not, I too might have dismissed this grammatical mistake and perhaps even the several others that came with further conversation. It is easy to mislead someone who wants something badly, especially if the “gift” seems very shiny. It is also true that the offer came from someone we knew and so seemed much more legitimate than a message from some “prince” from Nigeria or fake lottery winnings that someone is supposedly handing over. However the bottom line is that the eyes with which I regarded this offer were not clouded with the desire to receive it.

Has this sort of thing ever happened to you? I’d love to hear to from you. If have a comment for me. Email me at tashahal@gmail.com

1 thought on “Don’t Be Misled By Your Desires”