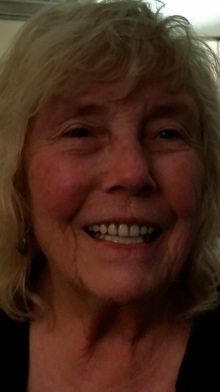 My young daughter asked if she could draw a portrait of me. I sat in the living room, smiling as she drew studiously, being very careful in her five year old way, to get everything just right. Suddenly she ran over, peered at my face and then went back to her drawing. Her pencil went dot, dot, dot on the paper as she put in her final touches. Proudly she showed me the portrait. To my dismay, the dots were a representation of a recent break-out around my lips.

Sadly, I realized at the time, I was becoming allergic to lipstick. This began for me when I was twenty five with the break out of the skin around my mouth. When I stopped using lipstick my skin cleared up. Then eye makeup began to make my eyes itch. Any lotion I put on my face created more breakout. I realized that my days using any form of makeup were over, and so they have been ever since.

The history of cosmetics is long and varied. As far back as 10, 000 B.C. in Egypt Women and sometimes men have used cosmetics. In the days of Queen Elizabeth fashionably inclined women painted their faces with lead to look fashionably pale as well as to cover up any blemishes. This was extremely dangerous to their health. Believe it or not, according to Wikepedia red lipstick,  was popular way back in 13th century Italy.

At times in history, women of the peasant class were forbidden to wear makeup; at other times it was thought to be sinful and thereby frowned upon or even forbidden. Earlier in the last century and even before, makeup was thought to be used only by “fallen women.”  The used of cosmetics has waxed and waned through the years, yet it seems one way or another always to have been part of human society. The high school I attended strictly forbade us to wear lipstick in class. Every morning the older girls would wipe it of in the coat room before they went in to study.

Although at first I felt a bit out of place among my friends, let alone women in general, I soon got used to the freedom it gave me not to have to spend time putting  on makeup. Now when I see the price of cosmetics in stores I rejoice to think how much money I have saved by not having to buy any. I use only hot water on my face. For occasional dry skin I have a lotion made from herbs and vegetables that helps keep it to keep from getting too dry.

It is also possible to create natural cosmetics from foods and herbs. I knew a woman who used beet juice to make her cheeks rosy. They did look quite bright. However, it is also true that good health, exercise that enhances the circulation, and a good night’s sleep go a long way toward nourishing the skin. Yet the best of all cosmetics is a smile. It strengthens the muscles of the face makes every face glow with youthful energy and is free to all.