My great Aunt Alice, pictured on the far left,  was a “maiden” aunt. Never having marred, she lived with her mother, and then by herself in the grand home built by her late father. It was set amid the lawns and gardens of an estate on the outskirts of a small seaside town. We lived in a smaller house that had been built for the full-time gardener. A lifelong sportswoman, she had a collection of trophies from horseback riding, as well as her tennis matches. A vigorous woman I remember her saying she always parked her car at a distance from the store she was going to, so she’d get more exercise. I also found her intriguing because she wore socks over her nylons, and never wore trousers.

Aunt Alice also had a beach cottage we went to sometimes on weekends in the summer.  It had once been her Girl Scout camp. She had had a troup once and they still kept in touch. She also for many years had dogs, always small and yappy: Scotties and Sealyhams, and later, Dachshunds. I can also remember as a very young child being held up to pat the nose of a horse she had in a pasture. There was a stable with a horse stall, though I have no memory of ever seeing a horse in it.

Over the fireplace in the hall of her home there were hunting trophies: Fox tails from when she rode to the hunt. There were lots of books, both in her library with the window seat and the plush green velvet sofa and elsewhere. I loved that window seat. Aunt Alice was good enough to pay for two years of wonderful riding lessons for me. She also put me up when my parents went away on business and I had to stay and go to school. That was fun. I enjoyed her company, and she was always kind to me. As I think about her now, I realize that she was a great example of an independent woman. Her sister, my grandmother was also, though she had been married and was now a widow. Aunt Alice worked for various charities and was generous to them.

As we went there often for holiday meals my memories of her home are vivid. Her dining table was always set with beautiful china and silver, together with a flower centerpiece and silver candy dishes, piled with chocolates. When I was small there were cocktails in the large parlor downstairs. I used to enjoy her toy truck with the blocks, and a mechanical rabbit in lettuce that rose up and munched, flicked its ears and sank down again. When I was older, I remember gathering upstairs, where she had a music box like an organ grinder’s that played various tunes when the handle was cranked. The cigarette box was always filled with the brands my parents smoked. Daddy mixed the cocktails, and Ritz crackers with peanut butter were a featured hors d’oeuvre.

Aunt Alice was quieter than my grandmother. She also unlike my grandmother, who gave out checks for Christmas presents, went to the store and bought things. Her choices were notoriously bad. Of course, we never told her that. After I grew up and got married, when I could I’d bring my children to visit her. She enjoyed their antics. By then she was rather absent of mind. Alzheimer’s caused her to fall asleep at odd moments, and make it difficult for her to remember much. The children made her smile and that was reason enough to visit. I will always be grateful for her generosity to me, and of the wonderful example her life provided me. 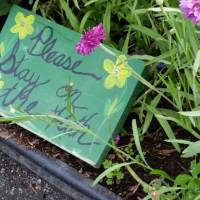 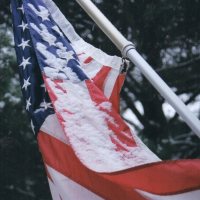 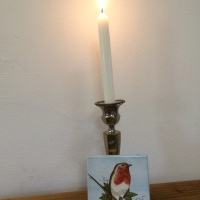