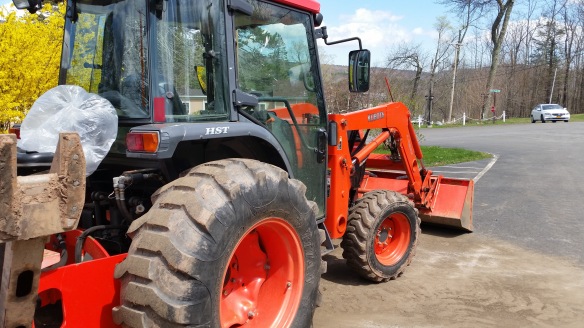 Long ago when I first used to drive myself places I hadn’t been before, following directions I had been given, I used to get lost three or four times until I found my way. Later on I would try to use a map, however having issues with right and left and getting them mixed up, I often just had to rely on asking wayward strangers for help. Then the GPS came along and it seemed miraculous to simply plug in my destination and tell the kindly machine to take me to it. Alas sometimes it works differently than one might expect. Which is what happened to me and some friends on our way to a performance in Medfield.

That evening I climbed into their car with my friends and we set off with time to spare to our destination. “Isn’t it wonderful to have a GPS,” I said, “I never get lost any more.” My friends agreed and as the driver plugged the address of the performance we were going to into the GPS, we settled back for the ride. Chatting amiably, we drove down 495. I pointed out a highway sign indicating the town of our intended destination, however the GPS took us past it, so we obeyed and proceeded to follow the directions as they unfolded.

They continued to unfold at length until we found ourselves passing a sign that said “Welcome to Rhode Island.” That can’t be right,” the driver said. We all agreed that certainly something was wrong. We turned around, and headed back the way we had come. The GPS continued to direct us. As it chattered on we found ourselves laughing harder and harder. Eventually we found our way to our intended destination. However, although we had originally allowed plenty of time to get there, we were half an hour late for the performance and all the seats were taken. There was standing room only.

Two of us, including me had hips that would not allow us to stand for a long period of time. Reluctantly we turned around and headed back to my apartment. Fortuitously the GPS was able to find us an ice cream stand on the way and we stopped for a treat. “I think we cursed ourselves by praising the GPS,” one of my companions remarked. “And we could have taken the route you pointed out,” said my other friend. We all agreed that it was probably wise to follow a map as well as the GPS, and returned home.

We could have been more upset but it really was quite funny the way the GPS kept saying things like, “Your destination is in X number of miles,” as it led us farther and farther away. At the time we turned around it was still insisting we only had three miles to go. Why it chose to take us somewhere that was clearly not where we intended to go is still a mystery. However, while we didn’t get where we were going in time to do what we intended, we had a lot of fun riding around laughing hysterically as the GPS attempted to do what it clearly did best, direct us where it wanted us to go.