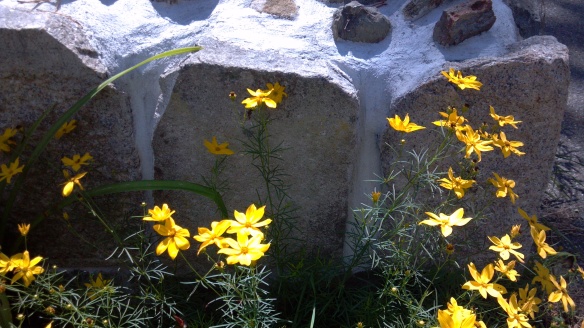 My parents taught me much by their example. My father served in many capacities as a volunteer. He was generous with his time, talents and energy. He read for a radio station that served the blind; for many years he held the position of treasurer for a non-profit orchestra; and he helped out in various capacities at the church to which he belonged.

My mother was a careful provider and very thrifty. She was also a fine artist who valued creativity and encouraged it in others. She tried hard to do the right thing as she saw it, and did the best she could to take care of her family. However, both my parents also provided me an example of something else that I had to unlearn: they frequently passed judgment on others.

My father would point out mistakes of any kind with unkind statements like “You ought to know better than to do that,” or “How could you be so stupid as to…” usually in a scornful tone. My mother was very apt to point out faults in the appearance of others. I believe she had learned this from her own mother who was extremely focused on how she as well as her family appeared.

As a result I grew to adulthood with a judgmental attitude both about any perceived weakness and any deviation from a traditionally attractive appearance whether that of others or of myself. These attitudes of mine seemed normal to me until I began to notice that not only was I being unduly critical but also that my prejudice kept me from seeing those I judged in a more positive light.

Furthermore I realized that this habit also said something about me as well as about how I viewed others. There is a saying to the effect that if you point one finger at someone else you are pointing three back at yourself.

When I began to observe myself as I interacted with people, I also began to understand how unkind it was to look at others in a judgmental way. After this realization I began to learn to be merciful in the way I viewed others, and also the way I viewed myself. As I grew less critical and more forgiving, both of others and of myself I found I now was able to perceive previously hidden virtues where before I had seen only faults.

It is truly said that mistakes are given us as ways to learn, and that the only bad thing about mistakes is the failure to learn from them. I rejoice that I was able to discover and then unlearn these harmful attitudes. I am grateful that instead I can practice a more merciful way of perceiving both others and myself.

By its very definition a judgment closes the mind. It prevents any change in how people and their behavior or appearance can be seen. Being one who always wants to continue learning and growing I try to make sure that in the event I do find myself judging anyone that I immediately look beyond my original thought to become more open minded, less critical, and more merciful in how I am perceiving them.

1 thought on “Judge Not or be Judged by your Judgment”